Okairos has been recognised as one of the winners of the Swiss Biotech Success Stories Awards 2018/ 2019.

Okairos was founded in 2007 as a spin-out from Merck Laboratories’ Research Centre in Rome. It was led by Riccardo Cortese and Alfredo Nicosia and co-founding investors, Life Science Partners and BioMedInvest. Early on, the company moved its headquarters to Basel, Switzerland to benefit from the innovation-friendly Swiss environment. This decision was backed by initial investors, represented by Markus Hosang and Joachim Rothe.

The move was crucial to attracting well-connected industry leaders and specialists in the field, such as Thomas Szucs and Bill Burns. It also set the company on an impressive trajectory towards pioneering T-cell based vaccines for major infectious diseases including malaria, as well as cancer. The company made exceptional progress and within two years could demonstrate that a T-cell targeting adenoviral-vectorbased vaccine was not only safe in healthy volunteers but also protective in volunteers challenged with an attenuated malaria strain. In 2010 Okairos gained Versant Ventures and the Boehringer Ingelheim Venture Fund as additional investors. This financing was used to conduct preclinical and clinical studies in difficult-to-treat viral infections, including hepatitis C virus (HCV), respiratory syncytial virus (RSV), influenza and Ebola virus. Three years later in May 2013 – just six years since the inception of Okairos – the company was acquired by GSK for EUR 250 million in cash. In that year, this was the record cash deal for a European Biotech company. 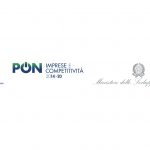