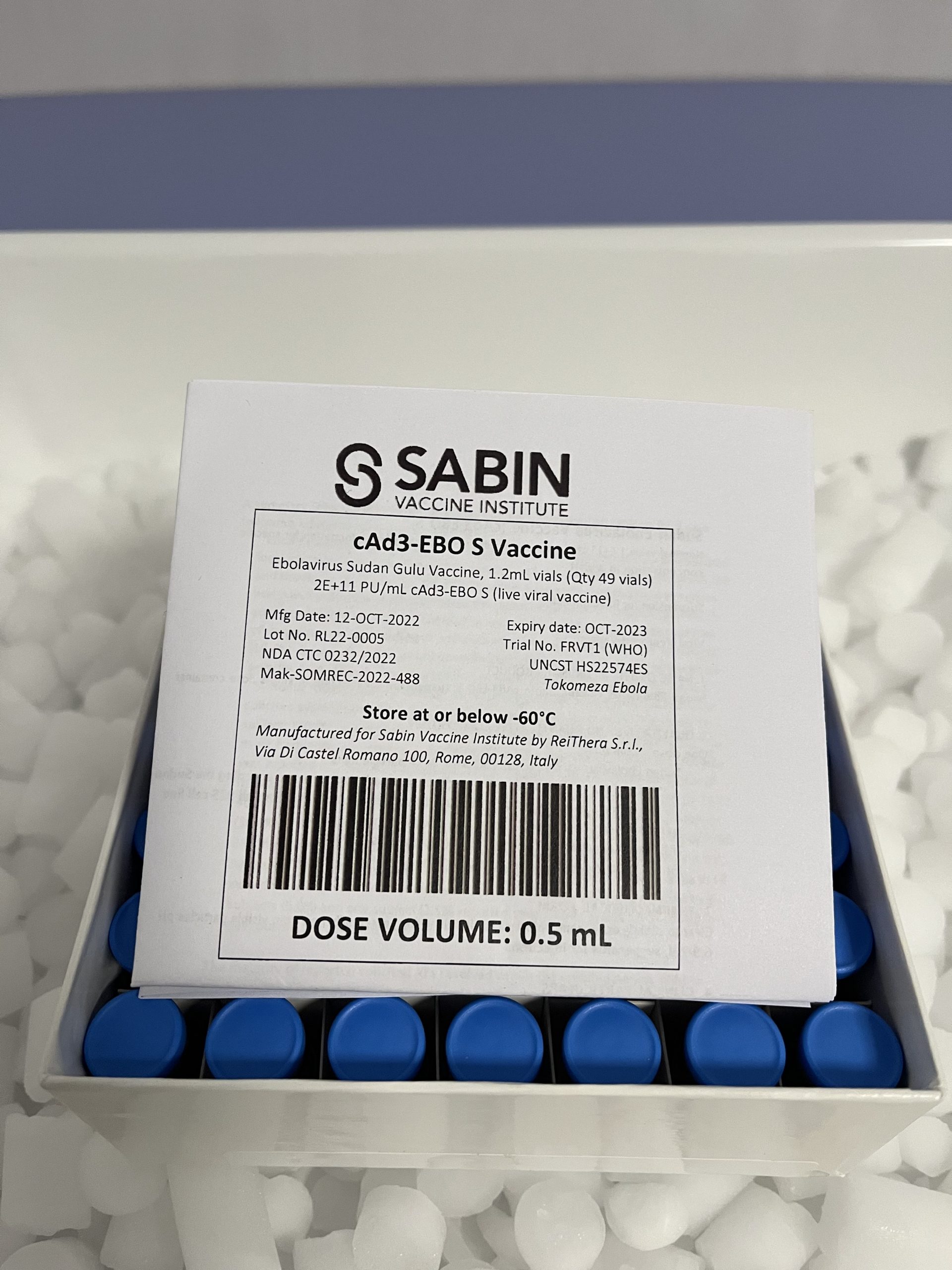 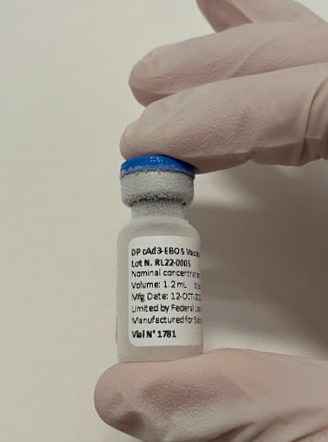 Sabin Vaccine Institute is the first organization to provide the World Health Organization (WHO) its Ebola Sudan vaccine to help with the Ebola Sudan outbreak in Uganda. Approximately 1,100 doses of Sabin’s vaccine are now in Uganda. Another 8,500 doses will be made available to WHO on a rolling basis through January.

The WHO announced last month that Sabin’s Ebola Sudan vaccine would be one of three vaccines included in a planned ring vaccination trial in Uganda, following the recommendation of a WHO-convened independent expert committee.

Sabin also plans to supply a further 25,000 doses early next year. There is no approved vaccine for Ebola Sudan yet; the outbreak, which is now waning, began in Uganda in September and to date has killed at least 55 people.

The WHO and the Uganda Ministry of Health are co-sponsoring the Ebola Sudan vaccination trial in that country. WHO Africa says the trial will be randomized and evaluate potentially efficacious candidate vaccines that could end the outbreak and protect populations at risk in the future.

Sabin’s ChAd3 (chimpanzee adenovirus) Ebola Sudan vaccine is a single-dose vaccine and has been found to be safe and elicit rapid, robust, and durable immunity based on data from Phase 1 clinical trials and non-human primate studies.

“We feel fortunate to be part of the global response to the Ebola Sudan outbreak in Uganda,” says Sabin Chief Executive Officer Amy Finan. “Sabin’s R&D mission centers on developing life-saving vaccines for diseases that impact people in low-and middle-income countries and as a result, have little commercial value. Sabin’s outbreak response has been a team effort — our R&D team has been at the helm working tirelessly during the last many weeks with support from our partners.”

Sabin’s ChAd3 Ebola Sudan vaccine program, including the doses being provided to WHO, is funded by the Biomedical Advanced Research and Development Authority (BARDA), part of the Administration for Strategic Preparedness and Response (ASPR) in the U.S. Department of Health and Human Services, under contract number 75A50119C00055. Since the outbreak began, Sabin has worked closely with BARDA, the Vaccine Research Center (VRC) at the National Institute of Allergy and Infectious Diseases (NIAID), Coalition for Epidemic Preparedness Innovations (CEPI), and the WHO.

A single shot of the non-replicating Ebola Sudan vaccine has been tested among 56 people in Phase 1 clinical trials and was found to be safe and immunogenic. In pre-clinical studies with more than 120 non-human primates, the vaccine was found to provide rapid protection that lasted for up to a year. The ChAd3 vaccine platform has been shown to be safe and well-tolerated in more than 5,000 people and has little to no pre-existing immunity.

Sabin has been developing ChAd3 vaccines for Ebola Sudan and Marburg viruses – which kill one out of every two people infected – for over three years after licensing the program from GSK in August 2019. Sabin received a multi-year contract from BARDA to continue the development of the vaccines.

Prior to 2019, the VRC conducted preclinical and clinical studies on the two vaccines. Sabin is collaborating with VRC to build on the initial data with its own studies and trials.

Planning for Sabin’s Phase 2 clinical trials for Ebola Sudan and Marburg is underway.

The Sabin Vaccine Institute is a leading advocate for expanding vaccine access and uptake globally, advancing vaccine research and development, and amplifying vaccine knowledge and innovation. Unlocking the potential of vaccines through partnership, Sabin has built a robust ecosystem of funders, innovators, implementers, practitioners, policy makers and public stakeholders to advance its vision of a future free from preventable diseases. As a non-profit with more than two decades of experience, Sabin is committed to finding solutions that last and extending the full benefits of vaccines to all people, regardless of who they are or where they live. At Sabin, we believe in the power of vaccines to change the world. For more information, visit www.sabin.org and follow us on Twitter, @SabinVaccine.

ReiThera Srl is a biotech company dedicated to the technology development, GMP manufacturing and clinical translation of genetic vaccines and medicinal products for advanced therapies. The company’s management and scientific teams have developed a highly innovative technological platform based on simian adenoviral vectors that can be used for vaccine and advanced therapy applications. ReiThera is actively working in the setting up of scalable processes applicable to different viral vectors: AAV, LV, MVA, HSV.

ReiThera is led by an experienced management team that has worked together for many years in previous successful enterprises and has a long-standing expertise in scalable processes for viral vector manufacturing, supported by a cGMP facility inclusive of filling suite and quality control laboratories.

Today ReiThera offers a wide range of services that include both process development and GMP production of viral vectors and analytical activities including immunological characterization of biological therapeutics. ReiThera offers immunomonitoring service capabilities for early-stage drug or vaccine development.

ReiThera has its headquarters, R&D laboratories and GMP facilities in Rome, Italy.